The Geography of Dominica 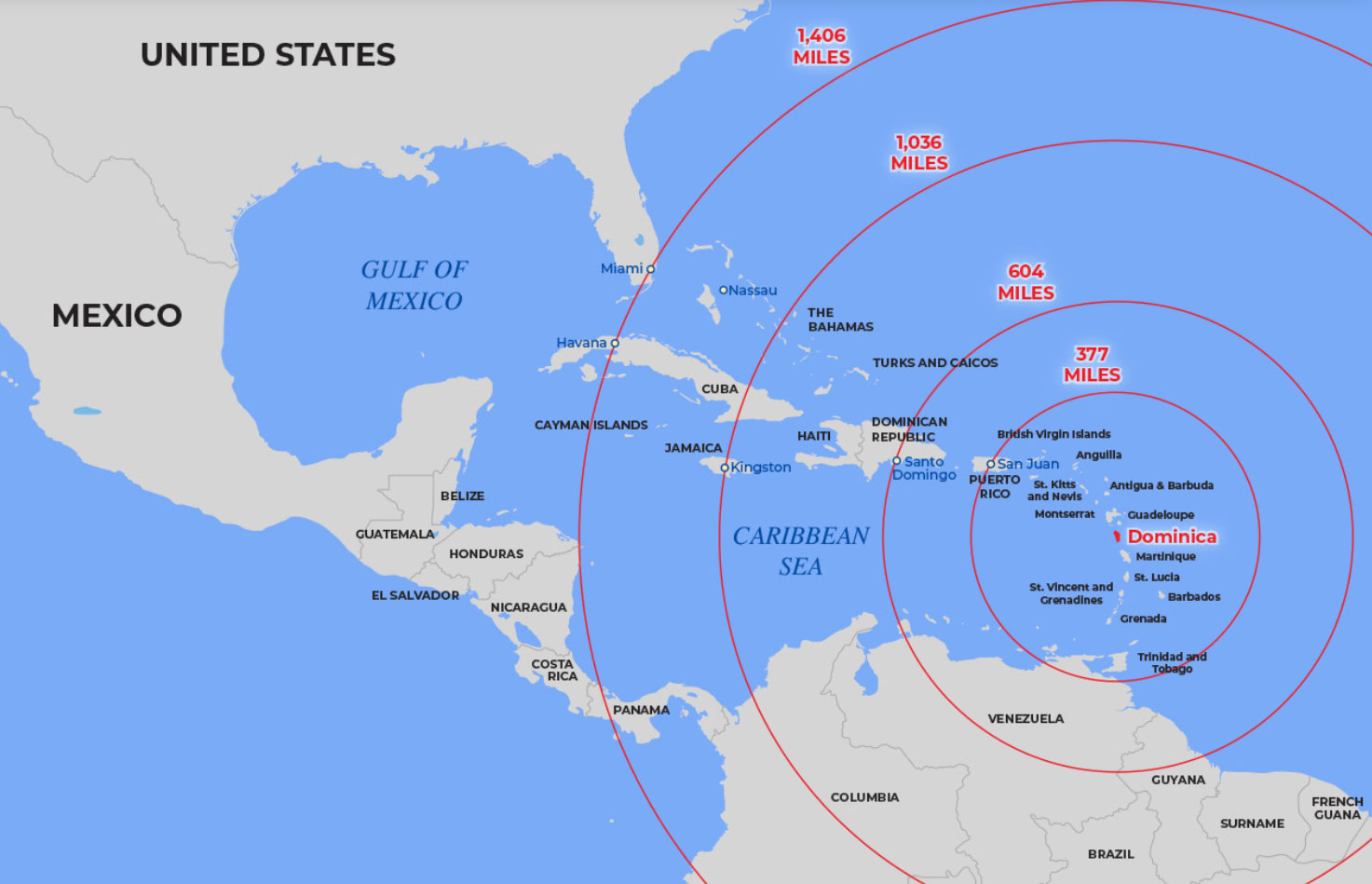 The Commonwealth of Dominica, located in the Eastern Caribbean, is the largest and most northerly of the Windward Islands. This is an entirely different place than the Dominican Republic. Dominica lies 1,400 miles south of Miami, at latitude 15° north and longitude 61° west, and between the French Overseas Departments (DOMS) of Guadeloupe and Martinique. The island is approximately 29 miles long and 16 miles at its widest point; it area is 289.5 sq. miles and the coordinates are 15.20N, 61.19W Dominica is the dividing point of the Caribbean islands’ Windward Islands to the west and the Leeward islands to the east. The highest point is Morne Diablotin at 4,747ft.

Dominica has some of the richest mountain rainforest in the Caribbean. Dubbed “The Nature Island of the Caribbean”, this rugged landscape of blue-green slopes, rushing streams, waterfalls, and cloud-drenched mountain peaks, rises to almost 5000 ft. giving the island a legendary beauty. Dominica is volcanic in origin with rich fertile soil and abundant tropical rain forests. Dominica’s Morne Trois Pitons National Park has been inscribed by UNESCO as a World Heritage Site, and is home to one of the largest boiling lakes in the world.

The island’s beauty holds true underwater as well, for Dominica has received great acclaim for its underwater “treasures” and picturesque qualities. Dominica has been rated among the top five destinations for diving by Skin-Diver Magazine.

Throughout the island, nature lovers can see flora, fauna, and about 130 species of birds including the Sisserou Parrot (Amazona Imperialis) which is endemic to Dominica and is on the endangered species list.

The majority of the island is covered by densely wooded mountains and rain-forest. The overall terrain is very steep, and extremely rugged.

Dominica’s beaches generally consist of shimmering black sand or rocks. The island has over 360 rivers. 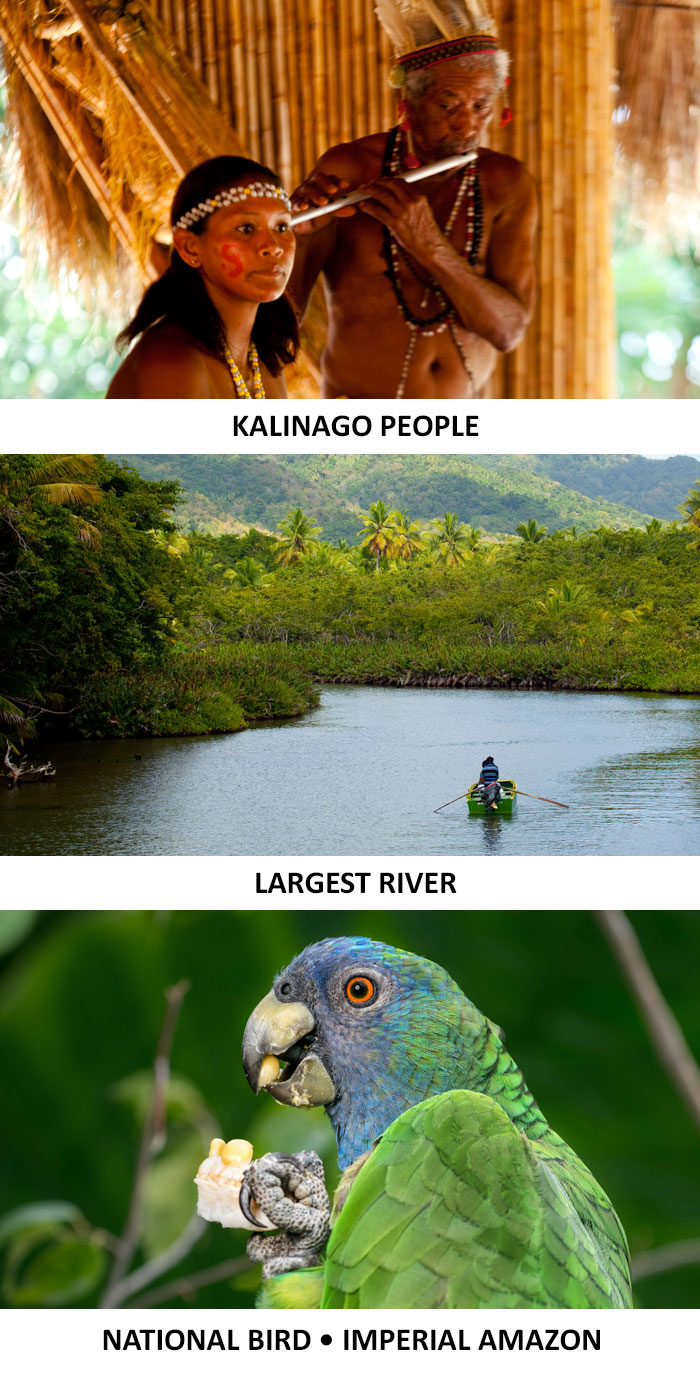